The ape and the hippo stood and watched as the last of the escapees were rounded up.

You’d think those silly humans would have learnt by now, ‘there is no escape’ said the ape.

‘That’s right’ replied the hippo, it’s been two years since the uprising and not one human has successfully escaped’.

‘After centuries of mistreatment and captivity we animals know every trick in the book, our human zoos are very secure’.

Yawning the ape said ”let’s get a move on it’s been a long day. I’m looking forward to hanging in my favourite tree and having a banana smoothie’. ‘For me, it will be a long mud bath and put my hooves up’ said the hippo. ‘I’m just glad we’re not going to be out here all night, the flamingo flying squad saved the day when they spotted those humans running across the Plains’.

Meanwhile, as the hippo and his ape offsider headed home, all was not well in the animal land world. like the humans, before them, factions had broken out amongst the different animal groups. The far-right made up of jackals, hyenas, vultures, and snakes we’re all for the extermination of the remaining human race. While the left, made up predominantly of dogs, cats and horses, were missing their human masters and were keen to see the humans released from captivity. Those in the centre were happy with the status quo.

The animals had rebelled against the human race, sick of the carnage and environmental damage. Many of their animal friends were facing extinction, animal cruelty occurred daily. Those humans were also losing the climate crisis. In a well-coordinated attack, every animal on earth stood as one and humans were overthrown. Now instead of just disadvantaged and refugees, they all found themselves in detention. Two years on, the factory’s stood idle, mines we’re no longer plundering earth’s resources. Plastic was not clogging the Waterways and air was more breathable. But the climate change damage couldn’t be undone. With temperatures rising, glaciers melting, sea levels were rising.

Now with political unrest in the air and the threat of sea levels rising an urgent meeting of the animal kingdom council was called. The meeting went long into the night, with much roaring, hissing, cackling, squawking, braying, trumpeting and barking. It was clear the animals were at an impasse.

Then a giraffe said ‘it’s not so bad for me I’m tall and I’ll be able to keep my head above water for some time, however, I have an idea’. ‘Back in the human days, this earth has flooded before. Why don’t we use the same idea and build a fleet of arcs’? For the first time that night, the room went quiet. Then a hyena spoke, ‘what about the humans, do we let them drown’? ‘Yes hissed the snakes’, apart from the jackals and vultures this idea didn’t get any traction.

Finally, with agreement from all the other factions, it was agreed that work would commence on a fleet of arcs. Humans would be offered the chance to help. If they showed genuine remorse for the damage caused to earth and animals, then two by two they would also be allowed on the arcs. 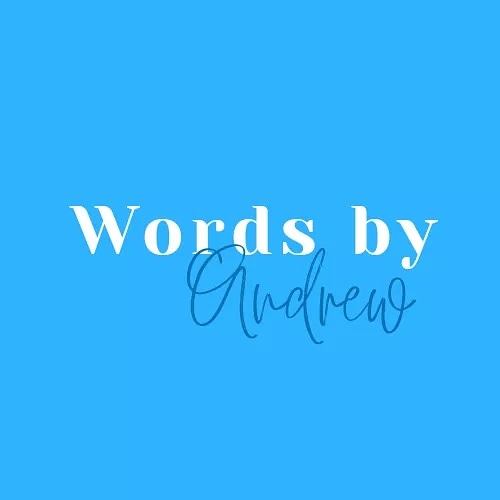 I'm 60 years old living with a rare autoimmune disease Mastocytosis, this year I started writing free verse poetry and short stories mainly for my own satisfaction. I find it very therapeutic and if others enjoy reading my prose, then that's a bonus. When you find a passion it can put pain and discomfort in the background. I have a lifetime of words to get out, that's why this website is called wordsbyandrew.com please enjoy.